1.4
(2 reviews)
What happened? What can we help you with?
Write review Call LeafFilter North

There are many different factors that go into the price of LeafFilter, such as inside and outside corners on your gutters, number of stories on your home, and if you need gutter replacement. You may have been eligible for discounts and promotions depending on a number of different factors. It also sounds like you were eligible for a discount if there was another sale in your area.
author's review
ID
#482425 Review #482425 is a subjective opinion of poster.
Service
Leaffilter North Estimate
Apr 11, 2014 User482425

Was still way too high ($7300) after another two price drops he called his boss. (Beau- I think it was) Beau said he was gonna 'bundle' my order in with a big order he was placing but I had to agree to let them install my system the next day. Now how are they gonna order my material with another and install the next morning?

Any way he dropped the price to what was about $10 per ft. This I feel is very shady and asked them to leave.

It is shady. There is no price per foot. They get you for what they can. 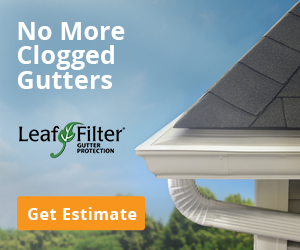 Hi There- LeafFilter would like to make sure that every homeowner makes an informed purchase decision. Therefore, we prefer for both spouses to be home so that they can each ask any questions they may have and both gain a thorough undrestanding of how our product works.
author's review
ID
#420647 Review #420647 is a subjective opinion of poster.
Service
Leaffilter North Estimate
Jun 18, 2013 Monzerrat

I emailed them over the weekend asking for a free estimate. I received two calls Monday trying to set up a time.

I offered them several times and was told "your wife must be present during the visit". When I asked why, "we feel it's better that way". I'm so glad I found this site but any company that is selling you gutter guards and requires your wife be there, isn't someone I'd want to do business with. They obviously don't feel comfortable trying to sell to a male on the merits of the product.

The guy said he wasn't married. .

You probably sounded like a whipped *** and they knew that your check book was in your wife's purse along with your balls.

He doesn't have a wife dummy. It's because they pressure you to make a decision on the spot. Or the ridiculously high price will be even higher in 10 minutes.

I have been in sales for 20 years and I am still waiting for the first customer to call me back and say OK I told my wife/husband and we decided to take it.

Funny you should say this, because the wives are always told that our husbands need to be present.

***. They do this so the company can try to make sale when they are in the home.

Really? Think about this.

Homeowners don't just call for estimates to take time off work and have contractor estimators for guests. It's not a free estimate, it is a professional evaluating work to your property and making a business case for choosing that contractor.

If you are so angry about the number of rejections, you are not providing a valuable service at a fair price.

I had several window companies tell me the same thing. I told them my husband works and I run the house; he doesn't want to be hassled and has given me sole decision-making power.

If they can't work with that situation, I won't consider doing business with them. Funny, they all changed their "requirement" when I explained this...

I had the reverse happen; they came out and told my wife that they needed me there and it was ok if she wasn't which to me is unfair but expected since the husband has traditionally been the one to make decisions pertaining to the exterior of the house.

LeafFilter North - Unwilling to work with our contractor

Hello, We apologize for the inconvenience. Your situation is very unique and we'd be more than happy to find a solution. Please contact our service support team at 800-749-4566 to further discuss your issue.
author's review
ID
#357265 Review #357265 is a subjective opinion of poster.
Service
Leaffilter North Estimate
Nov 07, 2012 User302569

During Hurricane Sandy, an oak tree fell on our house and a 5' section of Leaf Filters guards were unsalvagable. We called the Maryland distributor and they were adamant that the missing section could only be installed by their outside contractor and they would send someone to give us an estimate.

Very uncooperative in light of our situation. Leaf Filters installed the gutter guards three years ago.

The guards work very well, which was the reason we wanted to use Leaf Filters again. Anybody having this system installed, request the installing contractor leave any residual product in the event you should need a one foot section later!